Gallery from the Langarron Drive

Carol and Eddy very kindly put on this drive for us.  Carol must have spent hours baking as she put on a wonderful spread for us from bacon butties and pasties in the morning, to pork pies, chicken satey and loads of naughty sweet nibbles at the half way stop.  Then on our return we had home-made apple pie with custard or blackberry pie with custard…oh and not forgetting the squirty cream for those who wanted both.  We were well and truly spoilt.

The route had been set out very well and was well marked so that nobody could get lost…. well only the one, who wasn’t listening to his navigator. (Ralph) The scenery was magnificent for those of us that were driving, so we were higher up to see, but sadly they hadn’t finished cutting the hedges so some back steppers found it difficult as they were lower down. At one point we got in a bit of a traffic jam.  Tractor coming down a narrow lane on a hill, foreign car driver going up the hill.  It seemed they were having a bit of a standoff but when we then joined the queue behind the foreign car, we could see that the only safe thing to do was to turn around and open a field gate and get the horses in a safe place in the field.  Emma kindly opened the gate and in we went, two turnouts out of the way so the car driver could reverse back and the tractor could drive on and get on with his work.  We did wonder if there might be a bull in the field but if there was it didn’t notice us.  Ralph was driving a Fenix presentation vehicle so Bruce and he were very high up.  We thought they were going to tip up in the field as it was very rutted but gladly, they didn’t and we were able to carry on our drive.

It started off a bit cloudy and overcast but the promised sunshine soon burnt through the clouds.  Emma who had come along for the ride on my carriage had wrapped up warm so we had great fun watching her balance on the backstep while she stripped off many layers of clothing as the day warmed up.

The undulating hills were a challenge for some horses and at first, I thought Pepper was having an off day as people were starting to overtake us.  Then we smelt the burning rubber as the brakes locked and we thought that was going to be the end of our drive. We pulled over on a wider bit of road and we tried cooling them down with water then tried to release them but to no avail.  Then Eddy drove in to our rescue with a better tool kit and tried as best he could but they would not release.  Then a local farmer came along and then nipped home for a better tool kit. (All these men coming to help three damsels in distress).  At the end of the day there was nothing they could do but to take both of the callipers off and hang them up under the carriage and we would have to continue the drive without brakes!!!!

Now this is where your back steppers prove their worth.  Pepper had breaching on so he could cope on small hills, but on the larger ones the back steppers had to get off, put a lead rope around the loops on the back of the carriage and use their body weight to hold the carriage back.  I have to say Emma and Katie succeeded extremely well and Pepper took it all in his stride. 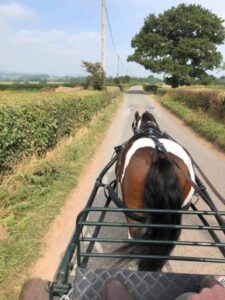 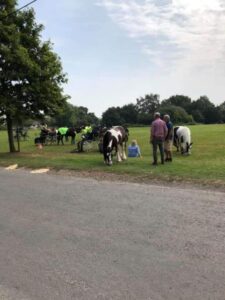 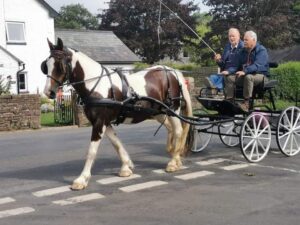 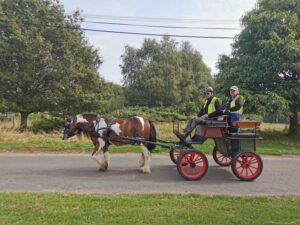 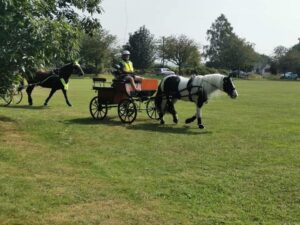 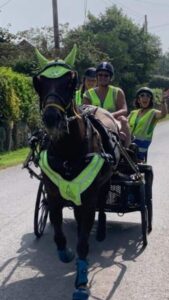 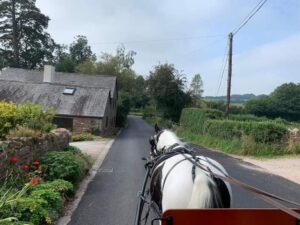 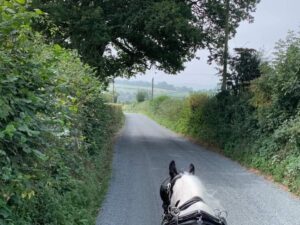 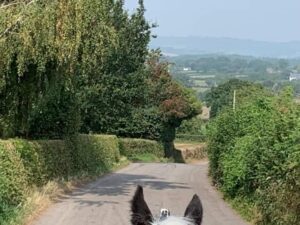 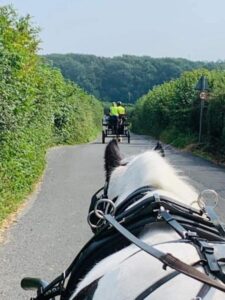 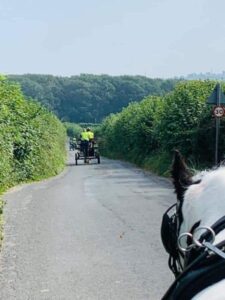 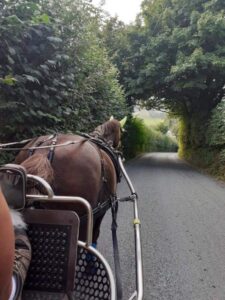 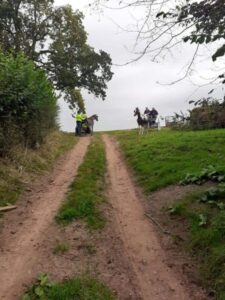 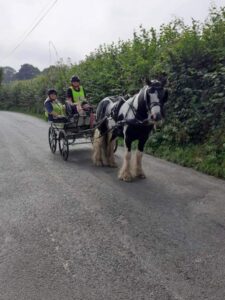 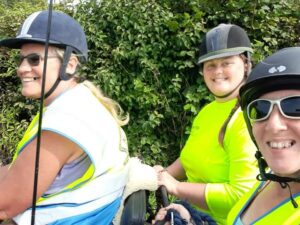 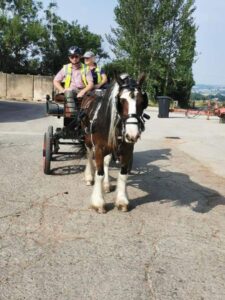 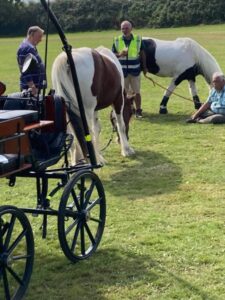 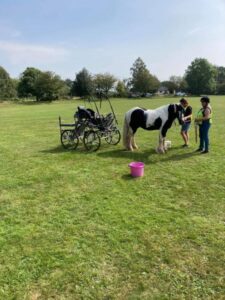 Aug
14
Sun
all-day Drive from Hibby’s – POSTPONED @ St Margarets
Drive from Hibby’s – POSTPONED @ St Margarets
Aug 14 all-day
This event has been unfortunately had to be postponed due to the forecast high temperatures. 14th Aug Hibby’s drive. Details of new date to follow.
Aug
20
Sat
all-day Richard and Debs Weekend
Richard and Debs Weekend
Aug 20 – Aug 21 all-day
2 x days of ‘off-road driving’ joined up with a little road work. Both days 10-12 miles with shorter options if needed. If the weather is still warm, we could arrange an early morning drive??[...]
View Calendar